The Medusa Touch is a 1978 British supernatural thriller film directed by Jack Gold. It starred Richard Burton, Lino Ventura, Lee Remick and Harry Andrews, with cameos by Alan Badel, Derek Jacobi, Gordon Jackson,Jeremy Brett and Michael Hordern. Bristol Cathedral was used as the location for the fictional London place of worship, called Minster Cathedral in the film in a dramatic scene towards the end of the film. Several local people were recruited to be extras. 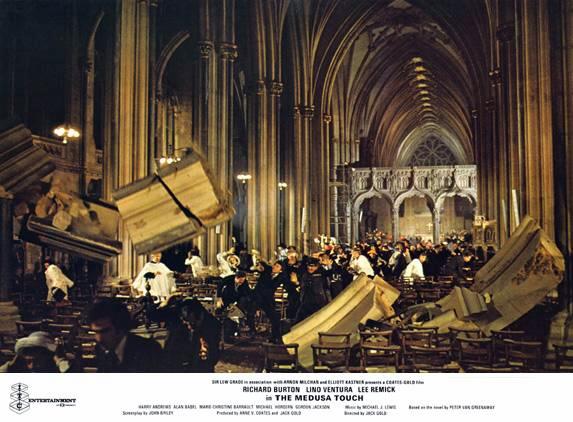