The Legacy of Slavery

Bristol Cathedral and the Legacy of Slavery 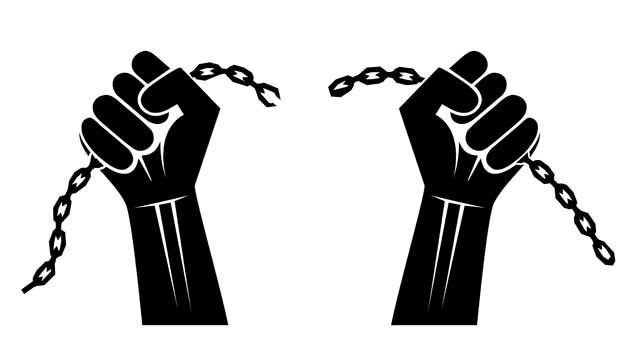 St Paul wrote to a group of early Christians,

When we read in the Bible that God created humans in his own image, we see that he made no distinction between people and that each person is made by God and loved by God. God created every one of us to be free and to live life in all its fullness. He invites every one of us to be part of a single family, united in our humanity. In Jesus we have a picture of what the fullness of that humanity looks like, sent by God to bring good news to the afflicted; to bind up the broken-hearted, to proclaim liberty to captives and freedom to prisoners.

In this spirit, here in Bristol Cathedral we face up to the terrible reality of slavery and the part that it has played in the life of this Cathedral and city of Bristol. Over many years much of the wealth of the city was created through the labour of enslaved and trafficked Africans on plantations owned by Bristolian merchants. After slavery was abolished in Britain in 1833, compensation was paid to people who had owned slaves or inherited plantations where slaves were working. Some of those people are memorialised in this Cathedral, many others contributed to its building.

God reveals the truth to us in new ways in each generation. So it is that we can look back on Christians in history who accepted slavery as an ordinary part of life and see their behaviour through a new lens, recognising the terrible suffering, damaged lives and broken relationships caused by slavery.

You might think of those enslaved Africans as you look at the great West Rose Window given by his children to remember Thomas Daniel (1762-1854), who with his brother John received over £130,000 in compensation awards for at least 4424 enslaved people.

Also memorialised is Edward Colston (1636-1721) a merchant and a Member of Parliament who used his wealth to endow schools, hospitals, almshouses and churches in Bristol. In 1680 Colston became a member, and later Deputy Governor, of the Royal African Company, which held a monopoly on trading along the west coast of Africa in slaves, gold, silver and ivory. While it is not clear whether or not he personally owned slaves, his connection with the company, and its impact on his personal wealth, has seriously tainted his name for many in Bristol.

Also remembered here are some who campaigned against slavery, among them Robert Southey, (1774-1843) the Romantic poet and Mary Carpenter (1807-77), who was active in the anti-slavery movement.

At the present time, the Cathedral is undertaking a complete audit of the memorials in the building so that we can understand our history and, most importantly, reveal the untold stories of the many enslaved men and women and their descendants who are not yet named or memorialised here.

We are working with others in Bristol to help us to decide how to tell the story of slavery and its impact. As you will see, parts of the Colston window are currently in the process of being removed, but this is only the first step of a longer journey.

We recognise that the slavery bred racism and that racism is still a reality in our city and churches today. Christians from the Afro-Caribbean who arrived in England in the post war period (the “Windrush” generation) were often treated without dignity or honour in the country they thought of as their home.

Following a meeting with Gloria Daniel, of Transatlantic Trafficked Enslaved African Corrective Historical (TTEACH ) plaques, the Bishop of Bristol and the Dean of Bristol are considering how best to commemorate the lives of enslaved Africans in Bristol Cathedral and other churches in the diocese where there are memorials to slave owner, Alderman and Mayor of Bristol, Thomas Daniel.

Gloria Daniel is the great-great granddaughter of John Isaac Daniel, who was one of 4,424 people enslaved in 1834 on a plantation owned by Thomas Daniel. At the meeting, which was also attended by Bishop Joe Aldred, formerly of Churches Together in England, Ms Daniel presented a document highlighting memorials to Thomas Daniel and his family in churches around the country. This includes the rose window in Bristol Cathedral and a memorial in St Mary’s Church, Henbury.

The Bishop of Bristol and the Dean of Bristol committed to exploring ways of commemorating the lives of those enslaved by Thomas Daniel in those buildings where there are memorials to him.

This forms part of a wider commitment by the Diocese of Bristol to address concerns over memorials with links to slavery, and other ‘contested heritage’, as it seeks to honour those whose stories have previously been untold, and to give voice to communities who have suffered injustice.

The diocese recently welcomed the national guidance Contested Heritage in Cathedrals and Churches, which presents a range of options and considerations for churches and cathedrals, together with suggested models for local consultation and discussion.

Experiences that helped inform the guidance include consideration given in Bristol Cathedral to dedications to Edward Colston. The Cathedral obtained permission to remove elements of a stained glass window recording a dedication to Colston, which have been retained for future educational or display use. Prominent references were also removed from the windows of St Mary Redcliffe Church.

The work on memorials and ‘contested heritage’ forms one part of an important journey for the Diocese of Bristol in its discussions and work around the trans-Atlantic slave trade, racism, identity and justice. The Bishop of Bristol, the Rt Rev’d Vivienne Faull, has set out her commitments that will form the basis of the diocese’s work and focus in this area.

Following the meeting, the Bishop of Bristol, the Rt Revd Vivienne Faull, said:

“It was important to meet with Gloria Daniel to learn something of the story of the Daniel family and its connections to the Church of England, even though it points to a shameful past.

"Following the killing of George Floyd in May 2020, I made a series of public commitments as Bishop to tackle racism and to acknowledge and repent of the Church’s past involvement in and benefit from the slave trade. Working with Ms Daniel is a direct outworking of the commitments I made and I look forward to seeing the fruit of our collaborative work in the months ahead.”

“I was honoured to meet with Gloria and to hear the story of her family and their connection with the many memorials in our Cathedral. I am delighted that we have agreed to work together to explore how the lives of enslaved Africans working on the plantations owned by the family of Thomas Daniel in the 18th Century, and their descendants, can find a place in our cathedral, so that the stories of all God’s children are woven into the fabric of this building."

“Allowing stained glass tributes to be erected to the honour of men such as Thomas Daniel and his sons and the direct ties to the clergy, within that family, inextricably links the Church of England to these crimes against humanity.

"While I have not yet received a commitment to raise this first plaque, I believe it is now on the table and this simple request to finally commemorate our great, great grandfather and 4,424 African Caribbean peoples who were enslaved by Thomas Daniel and his family, cannot in good conscience be denied.”

“We may not know all the details of where we are heading but we can come together as fellow human beings loved by God and commit to walking together in our common humanity to strive for a future that honours all people and addresses the wrongs of the past, especially those relating to Thomas Daniel.

"That is what we have agreed to do and my prayer is that new possibilities and new vistas will soon open up for the Church of England, Daniel descendants like Gloria, and the people of Bristol.”