The Dean is delighted to announce the appointment of a curate to the Cathedral. 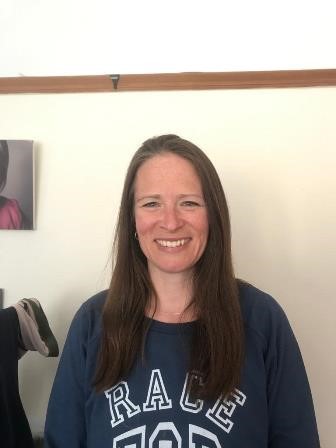 Nic Harris will join us later in the Summer and will be trained under our new Canon Missioner, Jonnie Parkin. Nic’s ordination has been delayed due to family ill health, so she will begin work with us as a licensed lay worker and be ordained later in the year.

Nic is wife to Matt and mother of two girls, Elliana (13) and Theadora (10). Having been brought up in Kent, she worked in London and the Midlands in Occupational Therapy for 21 years mainly with children, young people and their families.

The Harris family moved to Bristol for Nicola to train for ordination at Trinity College in 2018. It was around this time she heard about and volunteered for the Bristol Housing Festival as part of her Trinity course. She studied the impact of the housing crisis on people and families in Bristol and the UK and considered the role of the Church in bringing systemic change to see an end to this crisis.

Nicola became Chaplain to Bristol Housing Festival in 2019 and then, following the completion of her theological and ministerial studies at Trinity College in May 2020, she spent a year working full time as Project Support Worker and Chaplain. This gave her opportunities to learn through the Archbishop’s Commission in Housing, Church and Community and to develop partnerships with inspiring people working in housing in Bristol and beyond.

Nic’s curacy  will combine ministry at the Cathedral with a continuing part time role at the Bristol Housing Festival.

New Canon Missioner to be Installed »